Shanghai is a Chinese city located at the mouth of the Yangtze river. It is the primary financial center in China and with its 25 million inhabitants (2015) the largest city in the country.

The earliest sources mention the city in the 10th century, but it didn't become a trading city until the 12th century. In the 13th century Shanghai became a center of the cotton and textile industry. Shanghai was an important trading port until the 16th century when political circumstances ended Chinese foreign trade and it didn't start growing again until the 18th century. By 1842 the city had 250,000 inhabitants and was a place of export of cotton, silk and fertilizer. It was less important than the nearby cities of Suzhou and Hangzhou and was a rather unimportant city by Chinese standards. This changed once citizens of western countries decided to settle near it.

The Shanghai of concessions

In 1842 the British won a war against China known as the First Opium War that, as the name suggested, was about a British desire to sell opium to the Chinese. The victory allowed the western great powers to found settlements near a number of suitably located ports in which they had special trade privileges and where the laws of western countries were in effect. These agreements were known as concession clauses and the parts of the cities known as concessions. An area outside the city walls of Shanghai became one of the first five concessions.

19th century China was severely unstable and suffered from political weakness. This way foreign powers could enforce their will and come to dominate economic life. Thus Chinese labor and Chinese natural resources came to be exploited by foreign countries and businessmen. The location of Shanghai meant that it could exploit all areas along the Yangtze, allowing it to become one of the wealthiest cities in the world. First the British, then the Americans and the French and eventually almost all western countries and Japan gained concessions in Shanghai and other parts of China.

The free city of Shanghai

The white rulers of Shanghai wished for their settlement to be independent of not only China, but also of western governments in order for the wealth of the city to grow and to keep full control of it themselves. In 1854 the settlers of the French, British and American concessions created a constitution together which would make the settlement a self-governing republic. Suffrage was granted based on a minimum net worth, meaning that only the wealthiest would have the right to vote while remaining virtually tax exempt. The Chinese in the concessions on the other hand were obligated to pay taxes, despite having no representation in the government. As such, it was the wealthy citizens who ruled the city, while also dominating its wealthy and letting others pay their bills. Formally speaking, the settlement never became a self-governing republic as the constitutions wasn't approved by the mother lands. In practice, however, the city worked just like the elite of the city had intended.

The numerous Chinese civil wars of the 19th century drove large numbers of refugees to Shanghai. This caused a boom in incomes from real estate speculation. The concessions were expanded on several occasions so that by 1899, they covered 13.5 square kilometers. In addition, the wave of refugees meant almost limitless cheap labor.

Around 1900 the Japanese started developing industrial facilities in Shanghai – the first in China – other concession holders followed, and soon Shanghai was a fuly modern industrial city with the lowest taxes and wages in the world. Hereby industrialization had reached China and became the final straw for the imperial government which collapsed in 1911.

Millions were displaced for their ancestral lands, seeking the means of survival elsewhere causing a population explosion in Shanghai. The city, including the old Chinese city, grew from 250,000 inhabitants in 1842 to a million in 1900 and two million in 1920. However, the western immigrants only numbered around 10,000 in 1890 and around 30,000 in 1930. The concessions like the Chinese districts around them were overwhelmingly populated by the Chinese.

The appearance of the city changed starting in the late 19th century. Having been a typical colonial city with few, luxurious buildings, it grew to a massive metropolis whose center around The Bund and Nanjing Road (IE the British and American concessions) was built in modern skyscraper architecture comparable to New York. The multicultural feel of the city became increasingly pronounced as the years went by. Despite the overwhelming popular majority being Chinese, it was indelibly marked by the dominance of western nations. Additionally inhabitants of European colonies had an impact on the city, particularly Indian Sikhs.

In Shanghai you could see the latest Hollywood movies and read both classics and brand new books from Europe and the US in both the original language and Chinese translations. A significant number of young Chinese took western educations, often studying abroad in the west. Local Chinese artists developed entirely new styles and genres. As such Shanghai became a melting pot of western and Chinese influences – and it was the Chinese who learned and innovated the most.

Shanghai experienced explosive growrth in the 1920s and 30s, growing from 2 million to 4 million inhabitants. It was marked by white political and economic dominance, deep divides between rich and poor and uninhibited greed, corruption, gangsterism, ethnic and class tensions between white and Chinese, racial segregation, Chinese nationalism, revolutionary ferment and competition between the great powers. The number of non-Chinese in the city grew from roughly 25,000 to roughly 50,000 between 1920 and 1940, mostly living in the concessions. The city's white elite lived an upper class life centered on sociability in various clubs, horse races, parties and a wild nightlife. It was a popular destination for wealthy, western tourists looking to experience the famous city with nicknames such as ”The Paris of the East”, ”The Gomorrha of the East” and ”Sin City”. The came about thanks to the way the nightlife with its prostitution, gambling and drugs grew to be one of the city's most lucrative businesses. The white community was also known for a wilder atmosphere than back in the west.

The International Settlement and the French Concessions predominantly housed Chinese. The majority lived in grinding poverty, but a significant number also held good jobs working for the white. In total the number of Chinese living in the international areas grew from 800,000 in 1920 to 1.5 million in 1937. Living in the concessions carried a lot of status and the Chinese living in them were usually better off than those in the Chinese districts outside the concessions. For the majority of the Chinese extreme poverty was the rule, however, which got so bad in the worst years that the streets were littered with the corpses of the dead of exposure, starvation and disease every morning.

In the 1920s and 30s the Chinese parts of Shanghai, operating under Chinese law, were controlled by The Green Gang in practice, a gangster group that also wielded considerable influence in the concessions. Among the poor Chinese factory workers social and nationalist unrest fermented. The Chinese labor movement had its origins in Shanghai where it sought to organize based on a European pattern. The Chinese Community Party, the CCP, was founded in Shanghai in 1921 with direct inspiration from the Russian Communist party  The CCP and the nationalist party the Guomindang maintained a close alliance until 1927 which allowed Communist agitators to work their influence in the industrial centers of China, particularly Shanghai. On April 12, 1927, the military leader of the Guomindang Chiang Kai-shek broke this alliance by having the Green Gang murder 7,000 Communists and striking workers in Shanghai as part of a coup against the Guomindang leadership. This was done with the tacit support of Shanghai's white masters. Following this the Communists played no role in Shanghai until the second world war.

The Japanese invaded certain districts of the Chinese controlled part of Shanghai in spring 1932 as part of an attempt at conquering China. In 1937, the Japanese attacked again and occupied all of Shanghai. Following this, particularly during the Second World War, the city remained fairly isolated and most of the foreigners left. On May 27, 1949 the Communist People's Liberation Army under Mao Zedong conquered the city, causing the remaining foreigners to emigrate.

Shanghai led a quiet existence under the Maoist government. Following the 1978 CCP experiment with opening towards market economy and foreign investments, Shanghai was one of the regions prioritized and the city blossomed anew. Starting in the early 1990s the city entered a period of rapid growth that has continued since, passing 25 million inhabitants in 2015. 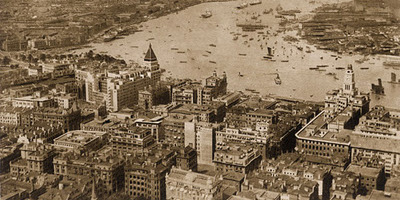 China in dissolution and unification
Travelogues from Yunnan
Astor House Hotel, Shanghai
A 1934 guide book on Shanghai’s nightlife
Gangsters
Western women's fashion in the 1920s
Reader poetry
Jazz in Shanghai
Visions of the future
Types of Chinese
Social divisions in Shanghai
The troops in Shanghai
Behind the news
Silk acquisitions

Old Shanghai 1930s
The Shanghai Concession in the 1920s

Warning: count(): Parameter must be an array or an object that implements Countable in /customers/9/2/9/shanghai-modern.com/httpd.www/article.php on line 369 Dating advice 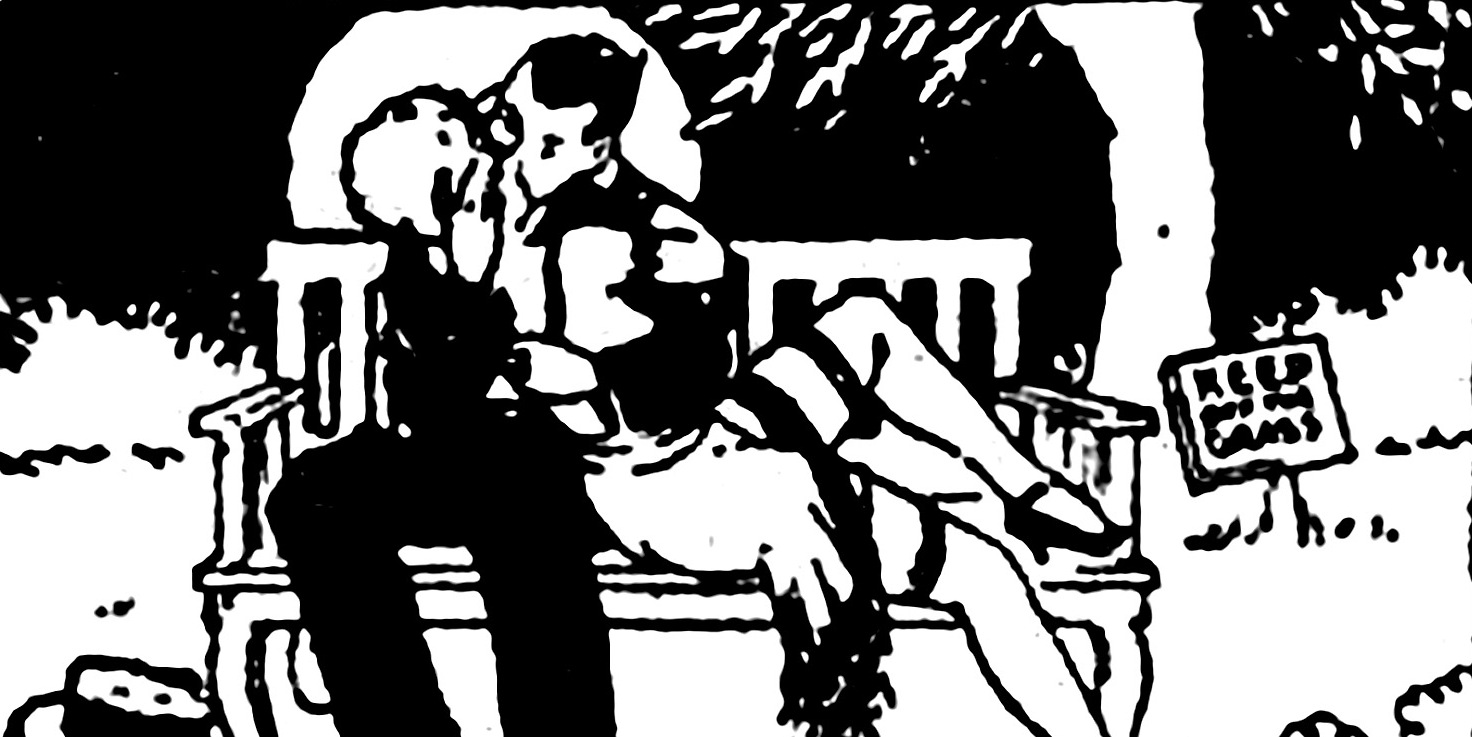 Dating is getting increasingly common, which is a good thing, especially for young ladies as it can help them secure a better marriage.
Warning: count(): Parameter must be an array or an object that implements Countable in /customers/9/2/9/shanghai-modern.com/httpd.www/article.php on line 404

We strongly recommend that girls try dating multiple men, letting them see how different they can be. It is imperative for your ability to make exactly the right choice when you only have a limited time before saying 'yes' to your partner in life.

Back in the day – and that's not all that long time ago – people took offense at seeing young girls together with a gentleman caller. Thankfully that was in the past. The old ways did more harm than good – girls back then were so naive and were far more easily duped by deceitful men. This is something we're changing in our modern times! Dating helps you get to know men and learn that not all are flawless. Not even the ones who look perfect at first glance.

Three tips for finding the one

If you date multiple men at once you have to make sure that you treat them all the same and a bit 'cool'. That way you avoid misunderstandings and are less likely to end up in unfortunate circumstances.

Say goodbye to the traditional ideal of the demure girl – take an interest in your conversations, even if what he's saying should be boring.

Observe your date with a cool mind and a keen gaze. Should you see any signs of a bad character, break off your relationship immediately. Far too many men only want one thing and regratbly women are too weak by nature to resist. The best thing would be to bring a chaperone – your amah or another confidant. That makes it far easier to resist temptation.