”Amah” is a Chinese word meaning nanny or maidservant. Until the Communist takeover in 1949, wealthy Chinese and foreign families in China usually employed an amah to nurse the younger children and look after the older. Less fortunate families used their amah for all sorts of domestic tasks as well as shopping.

Amahs were of poor, usually rural, families. An amah or her parents could apply for employment, but usually she was sold without being consulted. Traditionally, girls in China had no rights.

Killing newborn girls was common. An amah capable of nursing had often just killed her own baby and thus produced milk.

When the children grew up and married themselves, they often inherited their amah, who was thus a hereditary commodity in a family until her death. But if they were displeased with their amah or if their spouse also inherited an amah, they could sell or simply dismiss her.

Warning: count(): Parameter must be an array or an object that implements Countable in /customers/9/2/9/shanghai-modern.com/httpd.www/article.php on line 369 My dearest childhood friend 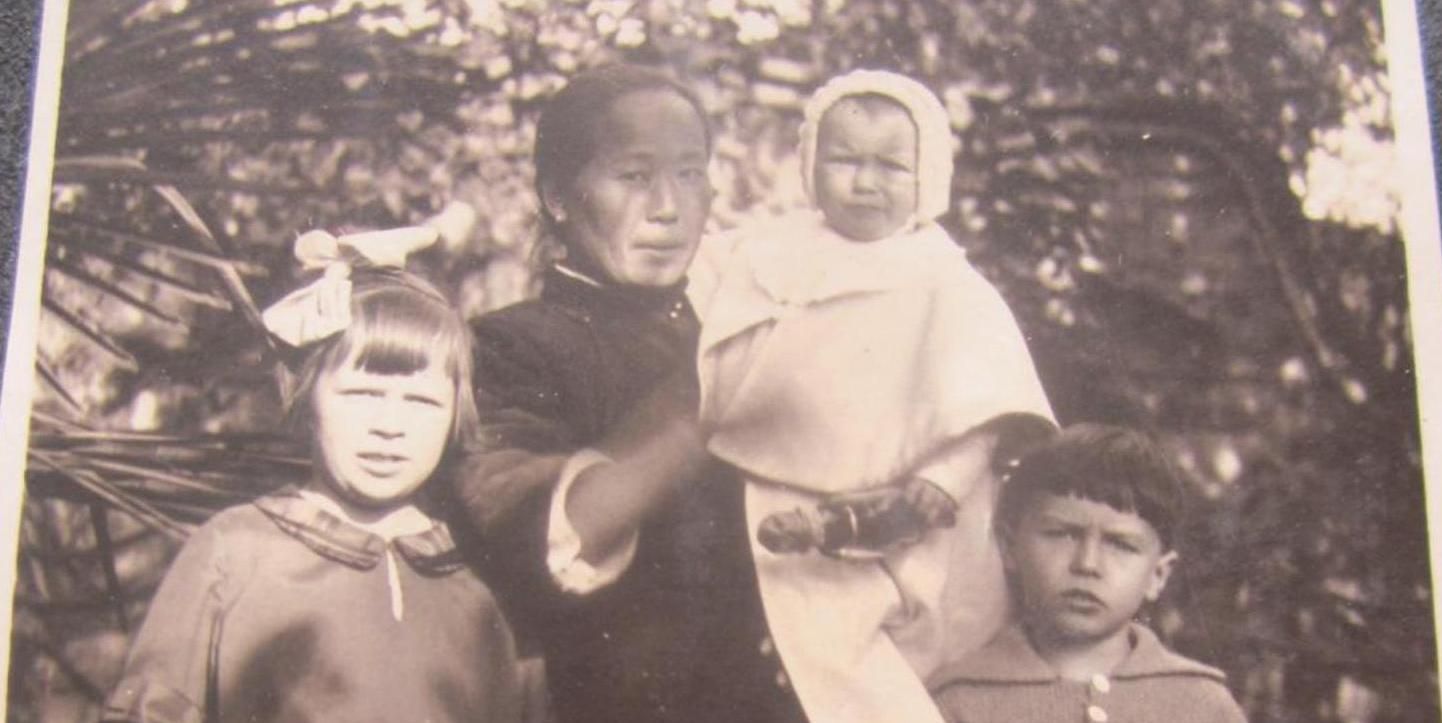 When I was a child I was afraid of the dark and Shanghai wasn't lit by streetlights and neon like today. How I was thankful that my beloved Amah stayed with me as I slept. Where would I have been had she not been there?
Warning: count(): Parameter must be an array or an object that implements Countable in /customers/9/2/9/shanghai-modern.com/httpd.www/article.php on line 404

My parents were almost always out at night. They might have had dinner with the Thompsons or gone to the theater with the German Blumenfeldts or the club had an event before the dancehalls opened. It didn't matter to me. My mom began preparing the moment she got up and when dad got home, it was simply to pick her up. Then it was off to the studebaker to let the driver take them to the evening's entertainment, leaving me and my sister Lily behind. She was a year older than me and might have been tougher, I don't know. At least I don't remember it weighing on her. But it did on me. I cried every time. What would I have done without Amah?

Come, little master, she caled out in her soft voice and when I just stood there, hands before my face, she went over to pick me up and sing a Chinese song to me. I didn't understand the words, but the sweetness of her voice soothed me. And then she would take me to the kitchen and let me sit on the floor while she cooked for the three of us. Afterwards, she would let me sleep next to my sister in her bed.

We had to fold our hands in evening prayer, Amah was unbending on this despite how we never heard her pray herself. Indeed, I have no idea if she knew anything about the god of the white man. But when we were done, she sang to us again and held my hand and didn't stray from the bed until I slept. Amah was my mother, my closest childhood friend, my only confidant during all the years I lived with my parents. The times we had together – at bedtime, when she served breakfast, in the park and when she took me to the market and taught me the Chinese of names of the vegetables despite my mother's firm objection – are the best times of my childhood. But everything comes to an end. One day I got married myself and my wife insisted that we should bring her amah along. By that time, Lily had returned to England, so there was nothing to do but to fire Amah. How she cried that day. I don't know what became of her, but that is life.