The article ”Among bandits and tigers in Yunnan” is an authentic travelogue, except for the headlines which were added by the editorial staff at Shanghai Modern. It dates to July 1922 and was sent by the Danish woman Sophie Jensen to her family on Fyn.

In 1915, Sophie Jessen travelled to Beijing to marry her betrothed Frederik Jensen. He was a consulting mining engineer, causing the couple to travel widely in China and what is now known as northern Vietnam. And so they travelled from Beijing to the Vietnamese city of Haiphong in 1922 and from there with the newly built French railroad into China's southwestern province of Yunnan.

1920s and 30s Yunnan was heavily marked by the lawlessness that had followed the dissoluation China was experiencing, something that heavily marked Sophie's letters home. Nevertheless, it's also clear that the white lead a privileged life in many ways with an almost unbelievable servant staff and even slaves. On occassion Sophie's letters let it slip that she was carried in a palanquin in those situations where she says they ”walked”. In truth, it was only the servants who walked.

Sophie and Frederik Jensen had three children in 1916, 1917 and 1925 respectively. They lived in China until their return to Denmark in 1936.

The headline of the article mentions tigers. Yunnan was known for its large number of tigers and in one place, Sophie mentions the use of tiger pelts as gifts.

The letters are in the private ownership of Sophie Jensen's descendants. 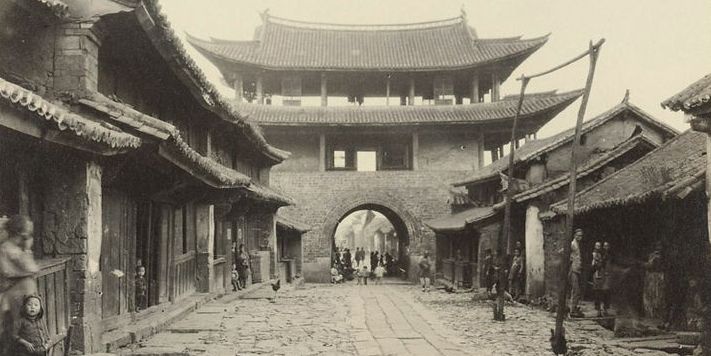 Warning: count(): Parameter must be an array or an object that implements Countable in /customers/9/2/9/shanghai-modern.com/httpd.www/article.php on line 369 Among bandits and tigers in Yunnan

We’ve received a new letter from our travel correspondent Sophie Jensen, this time an exciting story from her journey into the bandit and tiger infested mountains of Yunnan.
Warning: count(): Parameter must be an array or an object that implements Countable in /customers/9/2/9/shanghai-modern.com/httpd.www/article.php on line 404

In Haiphong we suddenly received the message that the line passed through here, but there were places of 4-5 km, in one place only around 2 km, where you had to walk. Our suitcases were only allowed to weight at most 40 kg to allow the coolies to carry them, unfortunately, and I had to hurry to repack and we sadly had to leave some behind. The trip here is exhausting, but absolutely delightful. We had to get up as early as 4.30 in Haiphong since the train left at 6. The first leg of the journey was rather dull, rice paddies and more rice paddies as far as the eye could see, but starting in the afternoon you already get to a slightly higher altitude and enter the junglen, absolutely wonderful jungle, palms, bananas (with lots of fruit that never gets picked) and the beautiful, graceful bamboo, along with a profusion of other big trees and vines, the view was especially beautiful at the ravines and the river, but it is tiring, you feel like you need to see it all and it is hot and in addition the line is poor and keeps zigzagging to climb, it has to get up here after all – 7500 feet in 3 days and then it shakes so much you almost get seasick.

Around 9 in the evening, we arrived in Laukai thoroughly exhausted, so we rushed through dinner and to bed. We met the American Frederik is to replace and we were very disappointed to hear that that we weren't going to Talifu after all like it had been decided in Peking (the man in Talifu had decided to wait on his vacation until spring) and had to replace this Ferguson instead. However, this isn't even a little bit funny, these are two different places, one roughly 4 days away by palanquin, but there is no house so me and the children cannot possibly come along. The other place in question is around 18 days away, there is a decent house, but very hot and rather unhealthy and crawling with so many bandits that you'll need to bring several hundred soldiers along, in addition the trip is very difficult, up and down high mountains. You'll see that it is not easy to just accept. For the time being, we've telegraphed Peking and await answer.

So, I made it here, in Laukai we had to get up at 4.30 again to catch a train and that's when the difficulty of the real ascend started. It's a complete marvel that it is even possible to lay down rail lines in such rugged mountains, but still, during the monsoon both bridge and the entire rail line are often washed away. Had I known that the places we had to cross would be this difficult, I probably wouldn't have dared bring the children along, the path was really narrow, only around three feet, and a deep ravine on the other side, over rickety bridges and dark tunnels, so I was truly happy to sit in the train, but excepting that, the trip here was, as I've already said, absolutely wonderful. 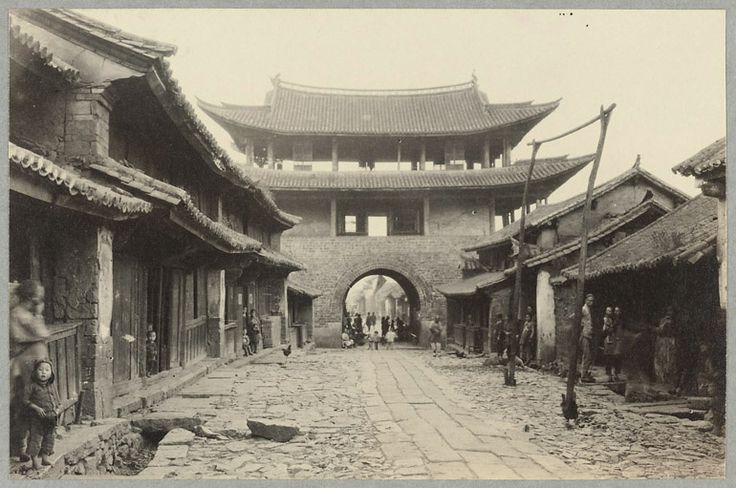 As the picture shows, Yunnan is an extremely backwards part of China.

A life of deprication

Thankfully our life here is fine, it's currently the monsoon, but you can almost always go on a walk in both the morning and the afternoon (which is very important as there are no luxuries such as toilets). The family living here supposedly travels to Shanghai soon, the new president in Yunnanfu likes to ”borrow” too much of their money. We've been considering buying one of the slave girls, they've got two that they're selling for $50 each. The amahs here are completely useless and I miss my old woman from Peking, but on the other hand, you feel more of a sense of responsibility for a slave girl, she needs to marry and so on.