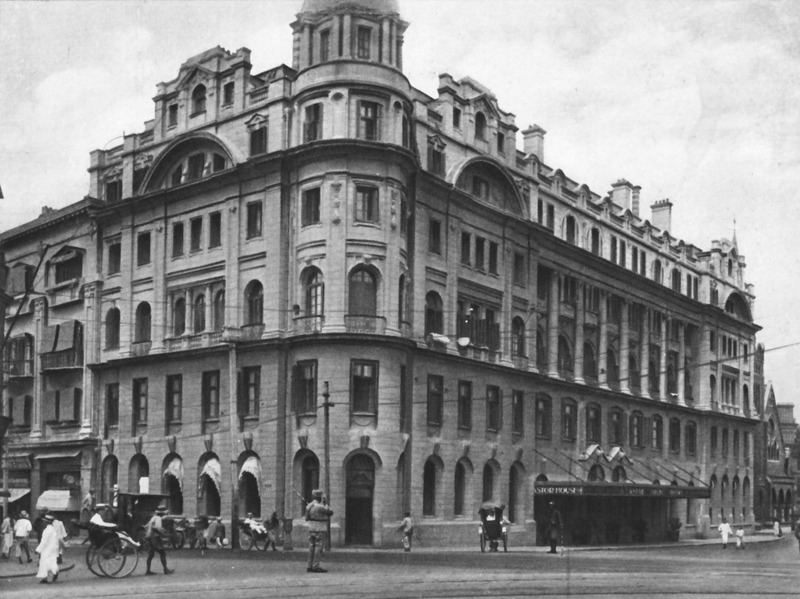 Astor House Hotel in 1928. The neoclassical baroque building had been constructed in 1846, only a few years after the British had first settled in Shanghai, but clearly after the first opium fortunes had been made. A Sikh policeman keeps watch outside the building to keep out the poor.

Astor House Hotel was the first modern hotel in Shanghai. Opened in 1846 under the name Richard's Hotel, it was located at the end of the city's first major street, The Bund. The building still stands. In 1859, the hotel changed its name to Astor House Hotel. This marked the beginning of the most luxurious hotel in all of Asia and thanks to continuous modernization it kept this status until the mid-1920s. Then even more extravagant hotels started popping up in Shanghai. Astor kept a certina mystique, however, and its ”tea dances” and opulent evening balls were highly sought by the city's white elite in the 1920s. When Astor allowed the Chinese entry to its tea dances in 1926, it also become a popular choice for the more success members of Shanghai's Chinese population.

The last great modernization of Astor House prior to 1927 took place in 1923. At the opening, the local newspaper The North-China Herald described the ball room like this:

”The light blue walls decorated with maidens and sylphs dancing in the open spaces, are surmounted by the plaster reliefs for the indirect lighting system suspended from the ceiling, while high on the marble pillars beautifully cast female figures appear to support the roof. Probably the most novel feature of the decorative scheme, excepting the incandescent mirrors was the peacock shell utilized by the orchestra. ”

Others praised the ball room for its fans and its cooling fountain and some commented on the curved glass ceiling. People generally agreed that it was an example of opulent luxury. There was also a consensus that the tea dances were largely proper, but that the evening parties were more freewheeling with drunks jumping into the fountain. 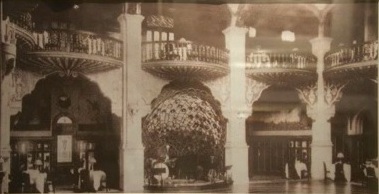 The Astor House ball room with its peacock stage, photographed in 1926. 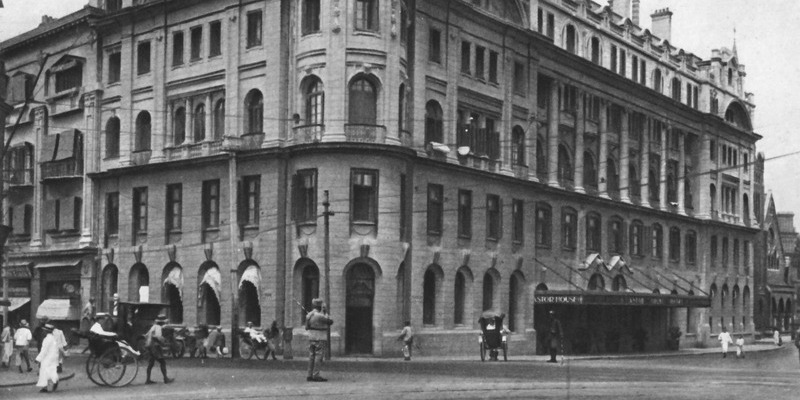 China in dissolution and unification
Shanghai
A Danish stay at a luxury hotel, 1926
From a tea dance at Astor Hotel, spring 1927

Warning: count(): Parameter must be an array or an object that implements Countable in /customers/9/2/9/shanghai-modern.com/httpd.www/article.php on line 369 Bathing in the fountain at Astor House 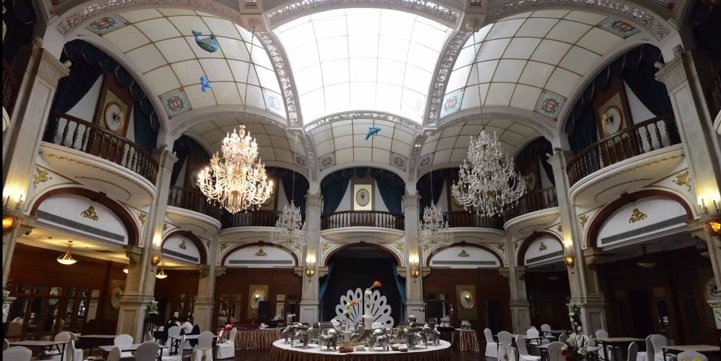 It remains the view of Shanghai Modern's correspondent that there is little cause for concern about whether Astor House remains the world's premier location for a night out on town, despite the management's regretable decision to open its doors to the Chinese.
Warning: count(): Parameter must be an array or an object that implements Countable in /customers/9/2/9/shanghai-modern.com/httpd.www/article.php on line 404

Even though larger hotels have opened in recent years and despite the bullets of Chinese bandits marring the facade on March 21, the standard for the night life remains the one set by Astor House. And it better be. After all, the old, distinguished hotel of the city has housed celebrities like Albert Eingstein and Charlie Chaplin and if we wish to see them continue to visit Shanghai, we need a place like Astor House.

Your correspondent from Shanghai Modern has visited the famous tea party at the hotel. It was an unforgettable experience as always. The King of Jazz, Paul Whiteman, and his orchestra were at their best – Particularly the hit Birth of the Blues drew crowds to the dance floor. And even though it is running on four years already, the shining green and blue peacock arch above the stage continues to impress. As it rotates it shimmers in the light, creating a rainbow of color on the reflective floor and the clothes of the dancers.

There have been complaints about the lack of air conditioning causing the room to reach uncomfortable temperatures, however, this correspondent doesn't agree. The great fans at the ceiling and the fountains does plenty to keep the temperature comfortable, and it is hard to deny that it is an amusing diversion whenever somebody who has had a bit too much to drink decides to take a swim in the fountains.

What costs Astor House its fifth star is neither the interiors nor the service. No, it is due to the concerning development, caused by Astor itself, where the Chinese are allowed into the building as customers rather than as serving staff. It reflects poorly on this old, illustrious establishment when young Chinese couples, even unattended young ladies, gawk at the room with their eyes in a misguided attempt at leveling down.

The correspondent took this photo of the peacock hall just before the day's tea party started at 5 o'clock.