A 1934 guide book on Shanghai’s nightlife

In 1934 the guide book ”All About Shanghai and Environs” was published, that among other things extensively and braggingly introduced to Shanghai’s wild nightlife. On the dancing hostesses it told:

Shanghai flames with millions of flashing jewels at midnight. The centre of night life is a vast crucible of electric flame.

The throb of the jungle tom-tom; the symphony of lust; the music of a hundred orchestras; the shuffling of feet; the swaying of bodies; the rythm of abandon; the hot smoke of desire - desire under the floodlights; it’s all fun; it’s life.

Joy, gin, and jazz. There’s nothing puritanical about Shanghai.

The “dancing hostesses” - they amiably entertain at a dime to a dollar a dance; Russians, Chinese, Japanese, Koreans, Eurasian - occasionally others.

They can danse - and drink.

“S’funny how a little girl can hold so much champagne!”

It’s not wine; it’s cider or ginger ale, but not on the chit (bill). Shura og Vera og Valia gets a commission. It all helps. Give this little girl a great big bottle.

“ ‘S getting late.” Rose tints the sky beyond the Whangpoo. “Let’s go far for ham’n eggs and one last round.”

One swaying, sinuous embrace and a moist kiss with the last strains of the dance. “Hey, kid; why don’t you marry the girl?”

The modish matron cuffs the gigolo. The dancing girl nods surrender but grabs her stack of dance tickets and flees into the night.

One night in Shanghai is ended. 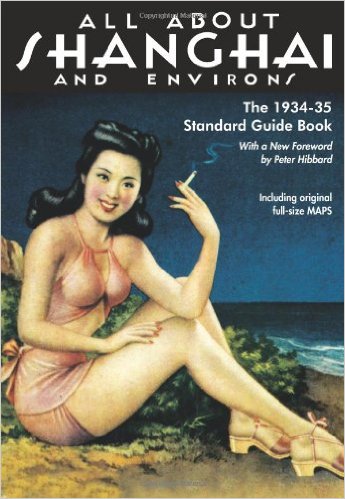 In line with Shanghai’s reputation the front page of the guide book All About Shanghai and Environs had a picture of a scantilly dressed Chinese woman. 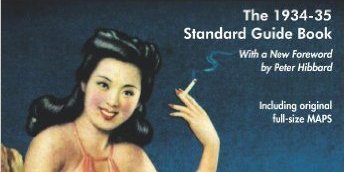 China in dissolution and unification
Shanghai
Dance hostesses
From a tea dance at Astor Hotel, spring 1927
Reader poetry
Jazz in Shanghai
Johannes V. Jensen on opium
A Spanish writer on the nightlife and prostitution

Warning: count(): Parameter must be an array or an object that implements Countable in /customers/9/2/9/shanghai-modern.com/httpd.www/article.php on line 369 Long live the dance hostess 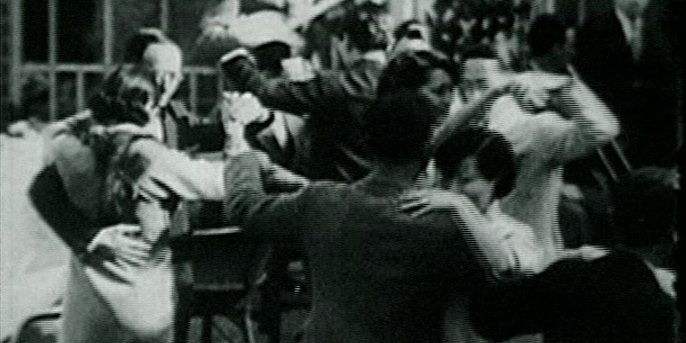 How do you deal with a city featuring both a roaring nightlife and far, far too many single white gentlemen? You enjoy the great selection of beautiful dance hostesses of all colors and prices.
Warning: count(): Parameter must be an array or an object that implements Countable in /customers/9/2/9/shanghai-modern.com/httpd.www/article.php on line 404

Dance hostesses to suit all tastes

Whether you prfer Chinese, Japanese, Koreans or Russians, you can find something to fulfill your wildest dreams for a night out on town. Why, even French, British or American women can be found, though they're of course substantially more expensive. In exchange you'll get tall, pale, elegant friends for the long, exciting night. But of course, some prefer the dainty local flowers. We're not judging one way or another. Luckily tastes vary.

One thing is certain, all dance hostesses have one thing in common: They're not prudes! They'll drink wine or gin or whatever else you might prefer. For a modest extra fee, the dance hostesses will even follow you for the other pleasures of the nightlife. And should the worst happen, the city is thankfully full of other women.