With the industrialization of Shanghai came a large class of factory workers, in 1930 numbering around ten percent of the city's population of almost three million. The factory workers were primarily drawn from the poor, rural population of the provinces bordering Shanghai. They moved to the city in hope of a better life than they had in the countryside. War and grinding poverty meant that the choice was simply between moving to Shanghai and dying of starvation.

Once in Shanghai, they were employed at the factories, something that usually involved swearing loyalty to fraternities or sororities and at the very least included bribes to foremen, gate guards or recruiters at the factories.

Factory life was tough with long workdays, as much as twelve hours, often on a night shift. Work itself consisted of carrying, sorting or working with machinery that wasn't shielded to protect against workplace injuries, usually in unventilated halls. Work proceeded under the supervision of multiple layers of foremen, along with guards hired from The Green Gang or other criminal enterprises.

Outside working hours, workers lived in either the factory dormitories or in slums practically only consisting of strawhuts and shacks build out of the boats used to reach the city. In the half of the day without work, workers had to sleep, look after their families and secure food for the next day. If enough work could be found, everybody was employed, men, women and children.

Despite the tough conditions, there were still differences among the workers. Natives and migrants from the regions south of the Yangtze were usually given physically less demanding, better paid work and usually lived in permanent housing in the Chinese district of Zhabei or the concessions. Workers could also secure better positions for themselves as foremen, gate guards or similar if they joined the gangsters of The Green Gang and were found useful to them. A large number of the migrants attempting to join the industrial workforce in Shanghai didn't make it and instead had to support themselves through begging, peddling of whatever they could get their hands on, prostitution or similar tasks.

Warning: count(): Parameter must be an array or an object that implements Countable in /customers/9/2/9/shanghai-modern.com/httpd.www/article.php on line 369 The emotional Chinese worker 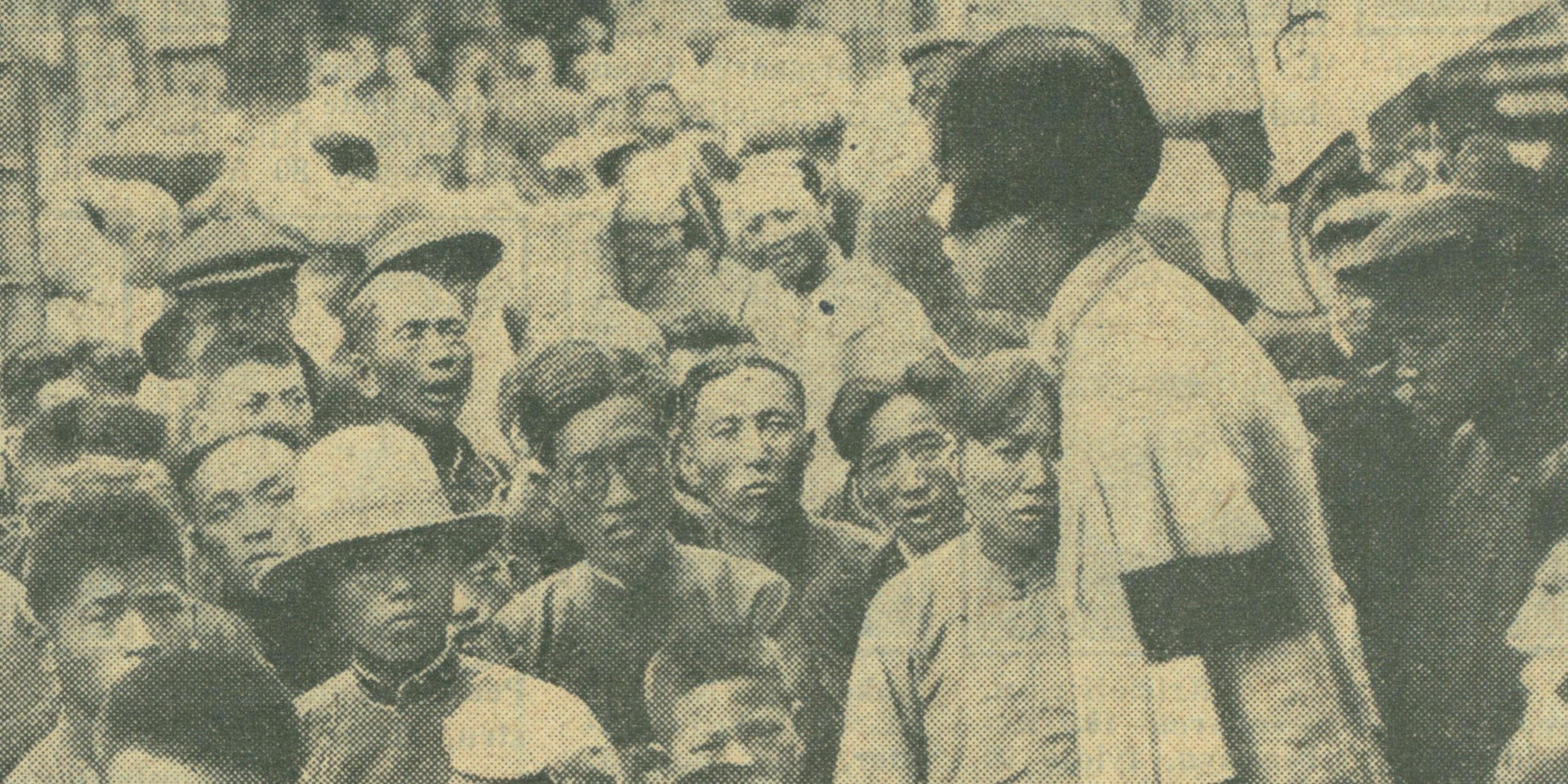 Shanghai Modern's political editor turns his attention to the question of the flirtation between Chinese workers and Communism and why you have no real cause to worry despite all their sound and fury.
Warning: count(): Parameter must be an array or an object that implements Countable in /customers/9/2/9/shanghai-modern.com/httpd.www/article.php on line 404

With the siege of the concessions and Communist agitators inciting violent riots in the Chinese districts, astute observers will naturally ask themselves some questions: Who are these Chinese workers and why does Communism have such an appeal to them?

Just as during the rapid industrialization back in Europe and North America last century, the majority of Chinese workers are peasants who left their ancestral lands to seek their fortune in the city. They predominantly come from the nearest provinces and as such don't experience language issues talking to their superiors in the city.

Arriving in Shanghai, they're picked up by local Chinese recruiters working for factories owned by white, Japanese and, on occasion, even Chinese companies. These companies not only pay the workers wages to maintain their life, but often provide a home where they can live with their families as well.

Unfortunately these workers suffer from both the ignorance of the Chinese peasant and the sloth inherent to orientals and have no concept of discipline or how you cannot get something for nothing. Instead they keep making incessant demands for more money, shorter hours and removal of the restraints that are naturally needed to overcome these unfortunate instincts and ensure that the work is done.

But you cannot truly blame them for this. They're not only in the throes of the nature they have developed over the millennia, they also completely lack responsible role models in their own communities. While the missionaries naturally do good work, their numbers woefully insufficient to reach the teeming masses of Chinese both in the countryside and the city. Among the Chinese themselves it is only a tiny fraction who has learned enough of western culture to be such a role model. Instead the Chinese worker is left victim to Communist agitators who panders to their basest instincts and supports their simplistic logic while offering to solve all their problems as long as order in the factory is eliminated. But this is of course just a passing phenomenon, soon it will become apparent that the Communists does nothing to improve the lot of the worker and when that happens the workers will turn their backs on them.